“What is your problem? ’’ The counselor asked offering me a piece of chocolate. I could not help but notice the irony there. The chocolate that she gave me was the problem. My biggest enemy and the one thing that has been making me sad these days is nothing but food. But my equation with food was pretty different when I was a child.
My father was a businessmen and I was the wealthiest among all of my friends. I had a thing for food right from my childhood. Food was my god and the one thing I desired the most whenever I felt like celebrating and also the one thing that helped me overcome my sadness by lifting up my mood. But then things started to change as I started gaining more pounds that I normally should have. I always wondered why are the wealthy people shown so fat in television programmes , movies or in any kind of art. A little research on the internet helped me understand that this ‘Rich People’s Disease’ is called Obesity and I am suffering from that disease. This made me worry so much that I completed 6 entire packets of chips in one go.

At 13 years of age, my body weight was 85 kilograms. A wave of motivation flowed through my body to burn the fats through exercising and dieting. After trying swimming, cycling, jogging for 2 weeks, I finally concluded that the wave of motivation that I had was pretty short-lived.
Years began to pass-by and with each journey of Sun around the Earth, my weight machine showed me numbers that made my jaw drop. At my 15th birthday, I weighted 127 kilograms. Friends used to laugh at me and slowly I started to become the butt of all jokes. These extra amounts of calories were a burden for me and every single attempt of mine to get rid of them failed miserably. I could not resist eating French fries or drinking coke. I felt like a chain smoker or a drunkard. Things had gone from bad to worse by the time I turned 19 as my 176 kilograms denied me social acceptance. But out of all this, there was an incident that changed my life. One day while eating a club sandwich at a snack joint on the street, I suddenly felt it difficult to breath. I dropped my sandwich and asked people around for help. I started coughing and my head started to become heavy.

My vision started to blur and I dropped flat on the road. Some minutes later, I felt normal but that incident which lasted minutes gave me months’ worth of nightmares. Doctors told me that I had an asthma attack and the reason behind it was none other than my obesity. I did not sleep that whole night and decided that I cannot give in this easily, that life needs to change.

I started gyming, doing yoga, swimming, jogging and refused to eat any kind of junk food. Well balanced and nutrients rich food became a priority for me. Whenever I felt like quitting, the nightmares of that asthma attack kept my motivation alive. Within the next 3 years,    I lost 121 kilograms and came down to 87 kilograms. I had achieved my goal. But then I thought, why stop here? I decided to carry the flag for a cause to help people get rid of an adjective they were always qualified with, the adjective called ‘Fat’. I finally believe that miracles do happen and I am a living example.

DISASSOCIATE YOURSELF FROM FATS!
So when are you going to believe it? Do you know that it is your brain who tells you that you should eat and not your stomach? And all this can start at a very young age, even before you reach primary school. When are you going to make people stop using the adjective for you? Don’t neglect your health! I refused to live with the extra fats, when will you? 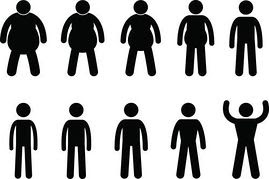 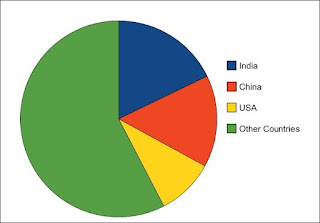 Obesity around the World

Do you know anyone around you who is overweight? How do you motivate them to lose weight?  Do you want to lose weight but don’t know where to start?

Write us your queries, suggestions and opinions at info@poddarfoundation.org

Posted by Poddar Foundation at 00:56