Contents
Poddar Foundation. 2
Introduction
Child Sexual Abuse. 4
. 5Behavioral responses
Blind Eye. 6
. 6Four Reasons
Did you know?
Unreported
Most of the child abuse cases aren’t reported and that is because
Facts
Way Forward
What can you do when you are the victim?
What to do when you are asked for help?
Statistics
‘Share your Story’ 13 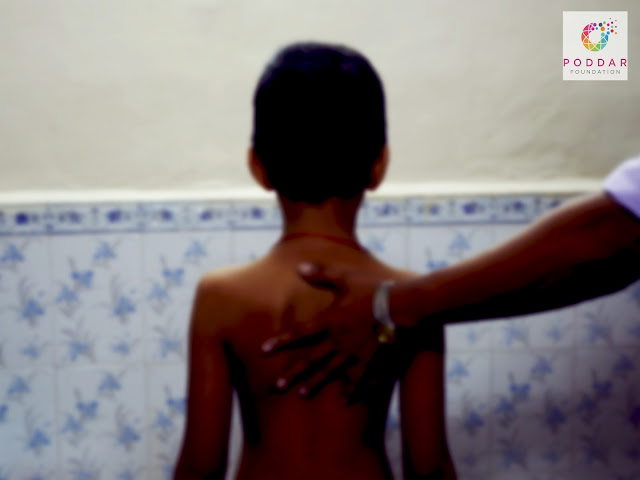 Introduction
My greatest fear is when I’m in a situation where I have to help someone and I just don’t know what to do, or what to say or even which direction to point them in. It haunts me. I can’t sleep, I end up thinking about the things I could do or say in order to help the situation but my inability to help makes me feel useless. I’ve realized that knowledge shared is an impressive tool to help someone. Therefore, my journey now is to share use able knowledge on topics and life situations that most keep hidden.
You will find a series of articles in the upcoming weeks narrating situations and highlighting possibilities of help for those given situations.
I encourage feedback, and more than that, I urge you to write in your stories, so that we at Poddar Foundation can direct you back on the road to your mental and emotional wellness.

In an article written by Dr. Asha Bajpai, (affiliated with socio-legal studies and human rights) she defines sexual abuse as:
Anything that involves mental, physical and emotional abuse of a child through overt and covert sexual acts, gestures and disposition - when informed consent or resistance by the child victim to such acts is not possible. It can also include activities that do not involve direct touching.
There is a huge blind spot when it comes to child sexual abuse. We forget that the children around us may be at risk of abuse even within their own families. Children are taught to respect elders and even more so when it is family, therefore they first choose to protect their environment rather than themselves. Children below the age of seven may not even be aware that they are being violated.
For the victims of long-term sexual abuse the shame around it makes it difficult for children to open up, because they are subtly brainwashed into believing that they too play a part in the gratification brought to them through their bodies, hence, making it mutual and not ‘sexual abuse’.
The Managing Trustee of the Poddar Foundation, Prakriti Poddar, takes the definition of child sexual abuse even further to include children that are exploited due to their vulnerability and due to the position of the perpetrator.  This includes a large difference in the age of the child and the partner. Additionally the child need not be resistant to the sexual advances. According to Prakriti, the part that needs to be highlighted is that the child may seem to enjoy it, may even covet it, but it is still sexual abuse if the partner is in a position of authority, and/or has a large age difference.

This is important because the child is not mature enough to handle the psychological impact, which starts to play out due to sexual activity at a young age.
The psychological repercussions and behavioral changes are extremely unassuming and only a parent empowered with knowledge can identify it.

Behavioral responses[2]
(a) Shrinking away from physical contact
(b)  Has trouble in school, such as absences or drops in grades
(c) Changes in hygiene, such as refusing to bathe or bathing excessively
(d)  Runs away from home or school
(e)  Assumes an emotional caretaker role in the family


(f)  Inappropriate sexual knowledge or behaviors
Since the responses are subtle, families are often not unaware of the abuse because there may be no physical display as child sexual abuse may or may not have the involvement of direct penetration.
The typical physical signs of child sexual abuse with penetration is, difficulty walking or sitting, blood stained underwear, pain, and urinary infections.
Blind Eye
Four Reasons
The part that pains me the most is that parents and caregivers often turn a blind eye to the abuse due to four main reasons:
(a) The shame
(b) The lack of support by the legal system
(c) Often the perpetrator plays an important financial role in the family
(d) They don’t know what to do
It is unfortunate but for most parents’ access to finances seem to be more important than physical and emotional safety.

What saddens me is that one in three raped, is a child. That is an extremely high ratio considering that child sexual abuse is often not reported. From the cases that are reported, 7,200[3] children including infants are raped every year. 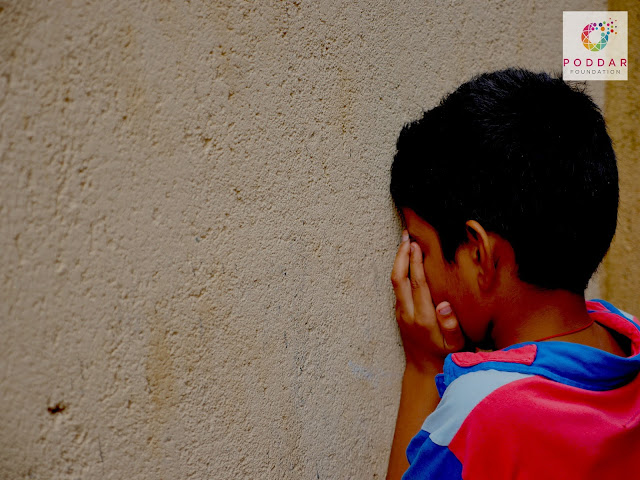 MOST OF THE CHILD ABUSE AREN'T REPORTED AND THAT IS BECAUSE:

The child is too young to understand it and/or to report it.
•  They almost always know the perpetrator who may be a relative or a friend of the family.
•    Shame


• By the time the child is an adult and is ready to report this act, he/she starts to doubt whether what happened actually happened because we tend to fade memories that affect us most sometimes.


• Some cases do not fit the criteria of the laws of our penal code and thus those cases aren’t accepted.


• People are threatened into silence by the culprits.

BEFORE 2012, IPC had no laws regarding child sexual abuse and if a case was reported the offender was dealt with section 375,376,377,509 and 354. These are related to rape and abusive acts but in 2012 the IPC came up with a new act called “The protection of children from sexual offenses act, 2012”.


•    Inserting any object or using any part of body to cause penetration into any part of the body of the child or making the child do so.


•     Making physical contact to child with sexual intent or making the child do so.


•    Making any sound or gesture or exhibiting any object or part of body, with sexual intent, so that it will be heard or seen by the child


•     Making a child exhibit his body or make a gesture so that it is seen by the child or other person with sexual intent.

•   Showing any object to child in any form with sexual intent or enticing child for pornographic purposes.
Way Forward

At one of my lectures in college this very topic was discussed but around solutions and prevention there was uncertainty about the next steps. Therefore I took it upon myself to show you the way forward.

What can you do when you are the victim?

•     Do not hesitate at all to report this crime. IT ISN’T YOUR FAULT.

•    In case it someone in your family, school or tuition that is abusing you, take a chance and tell someone in authority who you trust will do something about it.


•  Go to the police station near you.  If the cops don’t help there is a child helpline number 1098.

What to do when you are asked for help?


Listen to what they have to say. Do not react to it in a manner that might make the child shut down.


•    Always believe in whatever they say and if you find it irrelevant check things out but without them noticing it. They need you to trust them at such times.


•    Act wise and never take the law under your hands.


•     Make the child feel safe and confident to speak up.


•     See to it that the culprit is reported and brought to justice.


•    Take care of the needs of the child and accompany him/her places until they start to feel less vulnerable.


•    Show the child ways in which he/she can be sure that no one crosses the line of their privacy again. Not even parents after a certain age.


•   If necessary consult a counselor.

Most importantly, talk to the children in your care about the dangers of sexual abuse. Give them the skills to protect themselves. Do not leave them unattended. Your boys are at as much risk as your girls.


Child Line India has been doing a good job. Do explore their website. http://www.childlineindia.org.in/ChildFriendly.htm

(It’s necessary that the huge numbers are put forth for our audience. Thus we use statistics for easy understanding)
Of children physically abused in families, in 88.6% of the cases, it was the parents who were the perpetrators. The study also interviewed 2,324 young adults between the ages of 18 and 24, almost half of whom reported being physically or sexually abused as children. (TIMES OF INDIA)
(Graph representing number of children who are sexually abused)


In a survey conducted in 2007, 12500 children reported being sexually abused around 13 states. And amongst these reported cases only 3% had informed the police and another 25% told someone about being abused. (https://www.hrw.org/report/2013/02/07/breaking-silence/child-sexual-abuse-india#page)


(As per the report by INTERNATIONAL BUSSINESS TIMES)


Andhra Pradesh, Bihar, Assam and Delhi reported the highest percentage of CHILD SEXUAL ABUSE incidents. In 50% of child abuse cases, the abusers were known to the child or were in a position of trust and responsibility and most children did not report the matter to anyone. (TIMES OF INDIA)

At the Poddar Foundation we encourage you to ‘Share your Story’ (http://www.poddar.foundation) we hope that every story brings people together and that every pain shared will create a community of camaraderie and support. The foundation will assist in providing knowledge and tools to promote new balance, insight and light.


We have two modes of dissemination, blogs or through our vlogs and are happy to connect you to our counselor and journalists who will interview you.


Our initiative works to shed light on the hidden dis-harmonies of mental health and to empower people with knowledge to uplift them from their current state.


Ask for help if you are hurting.


Join hands with us.


Tell us your story


We use the power of ONLINE Media to make a change.


Be a part of our initiative by following us on:


[3]Wikipedia
Posted by Poddar Foundation at 03:49